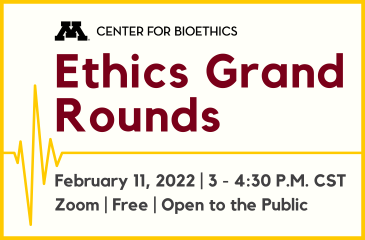 The Minnesota End-of-Life Option Act was reintroduced to the MN state legislature in early 2021 and was modeled after the 1994 Oregon Death with Dignity Act. At this second panel discussion of our two part series on the current bill under review, you hear from national advocates for disability rights and racial equity, a clinician, a bioethicist, and a local legislator - all of whom oppose legislation of this type.

These presentations are followed by a robust discussion. This event was part two of a two-part series representing both sides of the issues related to this bill. These events were intended to help inform people in MN about the issues associated with this proposed legislation and promote thoughtful, balanced public discussion as it is considered by the Legislature.

This was an event of the Office of Academic Clinical Affairs that was hosted by the Center for Bioethics and co-sponsored by the following U of MN units: the School of Public Health, the Law School, the School of Nursing, and the Medical School.

Participants are eligible to receive a Certificate of Attendance to submit to their respective professions for CEUs. Certificates of Attendance are available only to webinar attendees who were present for 75% or more of the talk.

Health professions students are eligible for IPE credit upon completion of a reflection form. IPE credit is available only to webinar attendees who were present for 75% or more of the talk.

This talk was recorded and posted with our other event recordings. 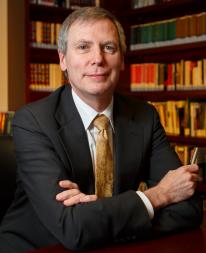 Daniel Sulmasy, MD, PhD, is the André Hellegers Professor of Biomedical Ethics in the Departments of Medicine and Philosophy at Georgetown University, where he is Director of the Kennedy Institute of Ethics and a faculty member of the Pellegrino Center for Clinical Bioethics. He received his AB and MD degrees from Cornell, trained in internal medicine at Johns Hopkins, and holds a PhD in philosophy from Georgetown. He has served on numerous governmental advisory committees, including the Presidential Commission for the Study of Bioethical Issues, 2010-17. His research interests encompass both theoretical and empirical investigations of the ethics of end-of-life decision-making, informed consent for research, and spirituality in medicine. He is the author or editor of seven books, including the most recent, Physician Assisted Suicide and Euthanasia: Before, During, and After the Holocaust. 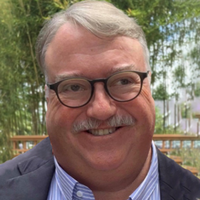 T. Brian Callister, MD, FACP, SFHM, is an accomplished clinician, physician executive, faculty member, and internationally recognized speaker, Dr. Callister is active in acute care medicine, the post-acute continuum, medical education, organized medicine, specialty associations, CME programs, and health care policy debates. He is a sought-after speaker and commentator on the international stage as an outspoken critic of assisted suicide and euthanasia. Dr. Callister is currently a full-time professor of medicine at the University of Nevada, Reno School of Medicine and is the Governor of Nevada for the American College of Physicians. He is also a member of the Ethics, Professionalism, and Human Rights Committee of the American College of Physicians and sits on the Governance Committee. He is Board Certified in Internal Medicine - Hospitalist Medicine, is a Fellow of the American College of Physicians, and is a Senior Fellow of the Society of Hospital Medicine. Dr. Callister serves on the Center for Medicare and Medicaid Services (CMS) Technical Expert Panel on Hospital Patient Harm. He previously served for a dozen years as the Senior Physician Executive, National Medical Director, Chief Medical Officer, and as a member of the senior executive management team for the LifeCare Family of Hospitals providing physician leadership and oversight for a nationwide system of 27 hospitals. In 2012, Dr. Callister was nominated by Modern Healthcare as one of the 50 "Most Influential Physicians in Healthcare," and he is a recipient of the Congressional Certificate of Recognition for Outstanding Service to the Community. He was honored as the "2018 Hero for Life" by Friends for Life recognizing his efforts in opposing physician assisted suicide across the nation. 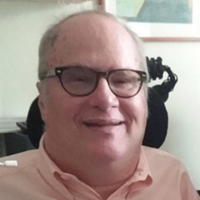 John B. Kelly, MA, (he, him, his) is a long time Boston-based disability rights activist and writer.  He is Director of Second Thoughts MA: Disability Rights Activists against Assisted Suicide, and New England Regional Director for the national disability rights organization, Not Dead Yet. His work on end-of-life issues has been featured in local media like the Boston Globe and WBUR, and national media like CNN and Fox News. In September 2020, he debated prominent bioethicist and assisted suicide proponent Thaddeus Pope. He is past chair of the Boston Commission for Persons with Disabilities. In recognition of his years of advocacy regarding streetscape access, Mayor Thomas M. Menino proclaimed July 26, 2012, the 22nd anniversary of the signing of the Americans with Disabilities Act, to be “John B. Kelly Day” in the city of Boston. Kelly has a Masters in Sociology from Brandeis, and has presented at academic conferences throughout the country. He has a bachelor's degree from Yale University. 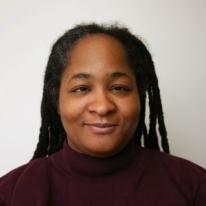 Anita Cameron, Director of Minority Outreach, Not Dead Yet

Anita Cameron (she/her/hers) has met with national and state policy makers and written persuasively about opposition to a public policy of assisted suicide from the perspective of communities of color who experience disparities in access to healthcare. Cameron has had 37 years of experience in transportation issues, where she has built awareness of issues of concern to people with disabilities, seniors, and people who have low incomes, and helped create citizens’ oversight committees to give input to different transportation authorities. Cameron is a Black Disabled Lesbian who has used her experience of discrimination and her unique intersectional perspective to promote understanding among different groups of disenfranchised people and increase social justice among those fighting for social justice. Cameron is an accomplished writer on issues affecting people with disabilities, including discrimination, voting rights, transportation, opposition to physician assisted suicide, and emergency preparedness. Since 1986, Cameron has volunteered with ADAPT, a national, grassroots disability rights organization and has risen to a position of national leadership fighting for the civil rights of all disabled folks. Cameron also serves on the National Disability Leadership Alliance's Steering Committee, as well as it's Racism Taskforce, and created and co-Chaired the Intersectional Justice Committee for ADAPT.  In 2020, Cameron was honored as a Changemaker in the Rochester Museum and Science Center's exhibit, Rochester Women Changing the World. Cameron lives in Rochester, New York, with her wife, Lisa, and cats, JoJo and Nemo.

Senator John A. Hoffman (36, DFL) is a current Minnesota State Senator. He was first elected in 2012 and reelected in 2016 and 2020. Hoffman is the Lead Committee Member for Health and Human Services Reform Policy and Finance and serves on the Aging and Long Term Care committee. He serves on the Governor's Workforce Development committee and as the Vice Chair of the Legislative Permanent School Fund Commission. Beyond his work as a senator, Hoffman is the Executive Director of Begin Anew, a recovery community organization. Prior to this role, he directed business development for an organization that finds employment opportunities for adults with disabilities. He also co-founded Consumer Credit of Minnesota and served as a Federal Title V reviewer for Health Resources and Services Administration in the U.S Dept. of Health and Human Services. Earlier in his career, Hoffman worked at PACER Center, one of the nation’s oldest and most respected Parent and Training Information Centers where he coordinated their Early Childhood Project. United States Secretary of Education Rodney Paige, appointed him to serve on the Federal Interagency Coordinating Council, a federally mandated council charged with advising and assisting the Secretaries of Education, Health and Human Services, Defense, Interior, and Agriculture as well as the Social Security Commissioner in their response to services for Children and Families with disabilities ages birth to six. In Minnesota, he has served on the Governor's Special Education Advisory Committee, the State Interagency Coordinating Council, the MN MCHB Health Advisory Task Force, the Anoka Hennepin School Board, and, by Mayoral appointment, on the Northwest Hennepin Human Services Advisory Council.