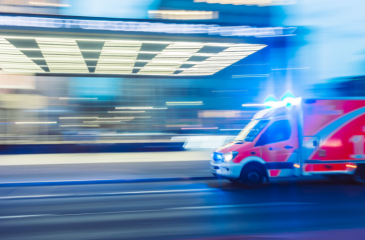 Pandemic Ethics: How we think about the Rule of Rescue

As a public health researcher, I am deeply invested in promoting and protecting equity. In disaster response, operationalizing those commitments is highly complex.

A few months ago, I was invited to speak with a local ‘Critical Thinking’ group, a community-based organization that explores and discusses difficult and controversial topics. What's great about talking with organizations like these is that you encounter a varied and diverse set of perspectives, perspectives that challenge you to really clarify your own thoughts on these topics. I brought to this conversation a single topic - the Rule of Rescue (‘the Rule’).

It is a concept coined over three decades ago that describes the strong human impulse to save identified people in imminent threat of death or substantial harm. The Rule had been on my mind because of work done during the pandemic with the University of Minnesota and the Minnesota Department of Health; I and other affiliates and faculty of the Center served on the Minnesota COVID Ethics Collaborative (MCEC). This was a group that was started in April of 2020, consisting of University of Minnesota faculty and staff, members of the Minnesota Department of Health, and staff from hospitals across the state.

The whole point of MCEC was to draft ethical and practical guidance around issues of scarce resource allocation and ethical response to the ever-unfurling COVID pandemic. We created frameworks around allocation for ventilators, remdesivir, monoclonal antibodies, and outlined how to ethically go from conventional standards of care (normal, every day) to  contingency (less than ideal resources) vs crisis standards of care (insufficient resources to meet needs).

To me, these resource allocation questions consistently posed a singular challenge: how to fairly prioritize patients and people in need ‘right now’ (at the time of a potential rationing decision) – patients in front of doctors or nurses, with those clinicians acutely aware of the statistical lives that would also need saving in the future.

Contingency capacity: The core goal in contingency conditions is to adapt care practices—e.g., through conservation or substitution of resources, changes in staffing plans or use of space—to avoid crisis conditions while striving to maintain usual standards of care. The care delivered may be different but should be functionally equivalent to care that is provided in conventional conditions. (Hick, et. al)

"Outcomes of care should be expected to be substantially similar in contingency conditions as in conventional ones ;In addition, the aim of care should continue to be focused primarily on the well-being and treatment preferences of each individual patient.  If these 2 conditions are no longer met, then care is no longer functionally equivalent. At that point, care transitions from contingency conditions to crisis conditions, and crisis standards of care must be implemented." (MDH)

Fortunately, the most restrictive standards around crisis standards of care never really had to be put into place, and I hope they won't be in the face of the Delta surge. To me, these resource allocation questions consistently posed a singular challenge: how to fairly prioritize patients and people in need ‘right now’ (at the time of a potential rationing decision) – patients in front of doctors or nurses, with those clinicians acutely aware of the statistical lives that would also need saving in the future.

This problem is not exactly what the Rule of Rescue is, rather how following the Rule may challenge fairness and justice considerations when dealing with limited resources during a pandemic. The crux of the Rule as outlined by Jonsen and later McKie and Richardson is that it activates when an identifiable individual or a group is in immediate threat of serious harm or death. In these circumstances, we're willing to go to great lengths to save someone trapped in a well, or rescue lost miners, or perform search and rescue operations even for folks we think are long gone. It is even fair to say that this is an expectation we hold, that it's not controversial to expend significant resources to try and save people after say, a hurricane, earthquake, or building or bridge collapse. It becomes more controversial when you want to stop these potentially-life-saving efforts. Even if the response is costly, and even if the response put others at risk (e.g., rescue operations).

Albert Jonsen (1986) on the Rule of Rescue: “Our moral response to the imminence of death demands that we rescue the doomed. We throw a rope to the drowning, rush into burning buildings to snatch the entrapped, dispatch teams to search for the snowbound. This rescue morality spills over into medical care, where our ropes are artificial hearts, our rush is the mobile critical care unit, our teams the transplant services. The imperative to rescue is, undoubtedly, of great moral significance: but the imperative seems to grow into a compulsion, more instinctive than rational.”

There has always been implicit questions about the Rule of Rescue. Is it absolute? And is it the same for everyone? Should it be? And, consequentially, what should the role of individual choice in risk taking be in the Rule of Rescue?

The problem here is clear but the solution is not, as limitations to the Rule seem to push against the moral compass of individuals generally.

Scholars have looked at these questions over the past 30 years, and there is general agreement that the Rule of Rescue is inherently unfair because it disadvantages individuals or groups that cannot get access to media or otherwise gain enough interest to warrant substantial rescue operations. Those who are less media savvy or who are not members of the dominant culture in a society may not garner the same social interest and rescue efforts as those who have privilege. The problem is clear but the solution is not, as limitations to the Rule seem to push against the moral compass of individuals generally. If we expect rescuing others to be an absolute rule, we find ourselves in a moral dilemma when the capacity to rescue is limited, say in the context of crisis standards of care triggered in an ICU during a COVID-19 surge.

Much more controversial, including in our Critical Thinking discussion group on a balmy July morning, was the role of individual choice and risk taking. Should risky behavior affect who is deserving of rescue operations or lifesaving treatment? Historical examples like failing to wear a motorcycle helmet or a seat belt brush up against the reality when risk takers arrive in the ER where there is an expectation of treatment that is focused on the risk of death rather than the risk-taking behavior itself.

Each of these different challenges to resource allocation pressure different parts of the moral intuitions undergirding the Rule. And while the Rule of Rescue is not interchangeable with broader issues of resource allocation, as it has specific triggers and constraints, what seems valuable to think about and to ask others to think about is: how following that Rule limits our ability to triage fairly or respond to extended or long-term disasters, like COVID. Even in the context of hurricane or building collapse response, if it's a local emergency (if local resources can handle the problem) the Rule of Rescue need not be overly constraining. But if you have a regional or national disaster, like one that requires mobilizing out-of-state resources, the Rule of Rescue is not in agreement with a fair and equitable disaster response at such a large scale.

So what's the solution? It's not obvious to me, if there is one. In our response efforts in the state of Minnesota, at least, we tried to balance multiple principles in our resource allocation efforts, with the idea that fair process is necessary (but not sufficient on its own) to lead to just outcomes. But there seems no question that in times when there aren't enough resources to go around, moral intuition, ethics, and reality collide. 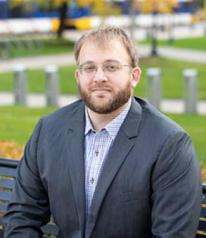 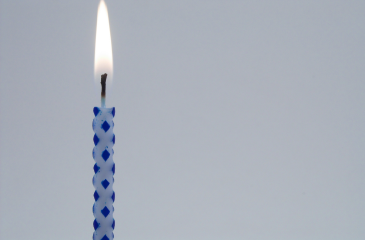 Why You Should Celebrate Your Next Birthday Talking about Your Death 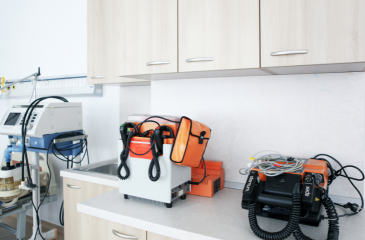 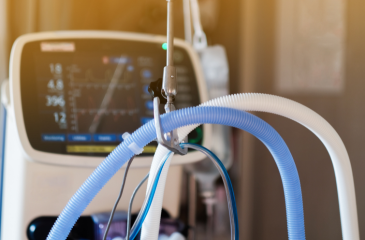