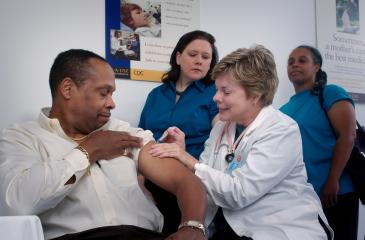 Public Attitudes about Allocating COVID-19 Vaccines: Is the Public Aligned with Equity?

Just months into the COVID-19 pandemic in 2020, it was clear that the impact was vastly unequal by race. Native American, Hispanic, and Black populations had elevated mortality compared to White and Asian populations. These disparities persisted throughout the pandemic (Hill & Artiga, 2022). Furthermore, both COVID-19 cases and mortality rates were worse in geographic areas characterized by social vulnerability, such as lower socioeconomic status, higher percentages of communities of color, and worse housing and access to transportation (Karmakar, Lantz, & Tipirneni, 2021). By the end of 2020, the first COVID-19 vaccines received emergency use authorization but were far too scarce for everyone to receive them. Planners and policymakers thus grappled with an important question: how should vaccines be allocated to respond to these urgent and historically-rooted inequities?

Public preferences are one input into ethical questions about how resources should be allocated (Persad, 2017) and public opinion has a role in shaping policy decisions (Burstein, 2003). However, a large body of survey research also tells us that the ways issues are “framed” shape public preferences.

Public perspectives can play a role in informing both ethical frameworks and policy decisions. For instance, the Minnesota Pandemic Ethics Project engaged the public with the goal of grounding allocation strategies in community values (Vawter et al., 2010). Public preferences are one input into ethical questions about how resources should be allocated (Persad, 2017) and public opinion has a role in shaping policy decisions (Burstein, 2003). However, a large body of survey research also tells us that the ways issues are “framed” shape public preferences. Specifically, how particular issues are framed in media, public discourse, or in survey questions themselves (e.g., which social groups are mentioned, how the causes of a problem are described) often has a substantial effect on the public’s attitudes. Such framing effects have been demonstrated in the context of a variety of public health policy issues, such as obesity prevention (Gollust, Niederdeppe, & Barry, 2013).

The CDC Advisory Committee for Immunization Practice (ACIP) (McClung et al., 2020) and the National Academies of Science, Engineering, and Medicine (NASEM, 2020) acknowledged the importance of equitable allocation of vaccines in their recommendations issued in late 2020. Two fundamental principles in the ACIP recommendations were to “promote justice” and “mitigate health inequities.” These principles recognize the importance of fair access to vaccines and barriers to vaccination for populations facing inequities. Similarly, the NASEM recommendations emphasized the ethical principle of “mitigation of health inequities.” NASEM took their recommendations one step further in light of the disproportionate burdens of disease attributed to systemic racism (e.g., employment-related and environmental exposures that increase the risk of infection and severe disease). Within each priority population group designated to receive vaccine access, NASEM recommended reserving additional vaccines specifically for geographic areas with greater vulnerability. NASEM suggested this equity-centered allocation could be done by reserving some proportion of the federal allocation of vaccines (such as 10%) and adding that to the amount allocated to disadvantaged areas.

Between January and April 2021, states incorporated these recommendations to varying degrees in their plans. By doing so, they contributed to vast heterogeneity across states regarding which groups were prioritized (e.g., by age, essential worker status, and other social and health-related factors). But what did the public think? Public support for equitable prioritization can galvanize policy implementation and influence decision-makers. To answer this question, I conducted a survey-based experimental study with a team of researchers from the University of Pennsylvania in mid-April 2021. This research was conducted just as vaccines became available to the entire population of U.S. adults beyond initial priority populations. Our results were published online this fall ahead of the print issue in the Journal of Medical Ethics (Schmidt et al., 2022).

But what does the public think?

We wanted to examine how a nationally-representative sample of U.S. adults (N=2003) responded to different ways of framing equitable vaccine allocation in a proposed plan.

We also asked participants what percentage of vaccines should be set aside for these groups. Half the sample received information that anchored this allotment with that recommended by NASEM (10%) and implemented by states (5-40%), and the other half received no information on the existing recommendations.

Substantial proportions of the population supported the plans to prioritize vaccines for the hardest-hit racial and ethnic groups in April 2021. Overall support exceeded 42%, and the proportion that opposed these plans was relatively low (between 15-20%). However, there were significant differences within groups. The place-based frame generated the highest support (51.5%) compared to the race-based frame (47.5%) and the structural racism frame (42.1%). We also found that when provided with the anchor of how much states and experts recommended be set aside, participants suggested less vaccine be allocated. In other words, without the expert anchor, participants were more generous with how they would reserve vaccines for the most impacted groups.

While politicians and others making policies should not consider public opinion as the only important criterion for allocation decisions, a supportive public can make implementation easier and help encourage reluctant leaders at the local, state, or federal level to center equity in their decision-making.

Not surprisingly, we also identified some differences within subgroups in how participants responded to the information. For instance, Republicans reported lower support for these equity-based allocation plans than Democrats and lowest support in response to the frame mentioning structural racism. In contrast, those with higher educational attainment and participants who identified as Black, Hispanic, and Asian reported higher support after exposure to the structural racism allocation frame.

Our findings suggest that a substantial proportion of the public support equity-based allocation, especially when described in terms of geographic prioritization, such as through allocation based on social vulnerability indices. The Minnesota Department of Health (MDH) supports such a strategy and noted explicitly that MDH is addressing equity “by using place-based strategies to allocate vaccine doses that incorporate a metric of community need.” In contrast, CDC’s ACIP recommendations neglected to endorse allocation to address place-based risk, as bioethicists recently pointed out in the Hastings Center Report: “[Another] error – one of omission – was the failure to consider place-based risk and geographic variation in determining Covid-19 vaccine distribution” (Parker, Persad, and Peek, 2022). Yet, our study suggests such an allocation scheme received the highest level of support among the public. Other public health resources might also be distributed based on geographic vulnerability to achieve more equitable allocation. This could include personal protective equipment, tests, booster vaccines, or other non-COVID vaccines. While politicians and others making policies should not consider public opinion as the only important criterion for allocation decisions, a supportive public can make implementation easier and help encourage reluctant leaders at the local, state, or federal level to center equity in their decision-making. 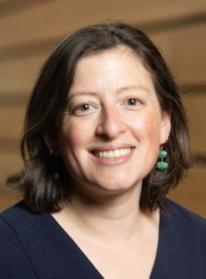 Author: Sarah Gollust, PhD, is an Associate Professor in the Division of Health Policy and Management at the University of Minnesota School of Public Health and is also Affiliate Faculty in the Center for Bioethics. She is a founding member of the Collaborative on Media and Messaging for Health & Social Policy, an interdisciplinary group of researchers who study how media and messaging shape public opinions, attitudes, and behaviors. Dr. Gollust is a social scientist studying the intersections of communication, politics, and health policy. In her past research, she has examined media influences and public opinion around significant health policy issues, including obesity, health disparities, the Affordable Care Act, and cancer screening. She also examines how research is translated into health policymaking. Dr. Gollust completed a postdoctoral fellowship in population health science at the University of Pennsylvania, a predoctoral fellowship in Bioethics at the National Institutes of Health, and received her PhD in Health Services Organization and Policy from the University of Michigan. 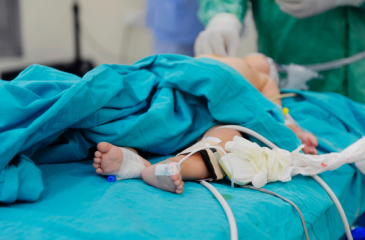 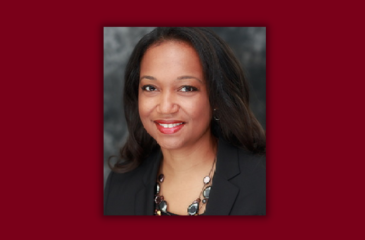 Walz fills out top agency posts ahead of second term